In September 2019, Paddington Central will be celebrating its second year as an official Design Route for London Design Festival.

With a programme of exhibitions, debates and design salons to celebrate design across architecture, interiors, furniture and lighting, with an array of incredible designers including Adam Nathanial Furman, Jason Bruges Studio & Gensler Architects.

Storey Club will also become a hub for the design community through a curated programme, activating the length of the campus from the canal.

Throughout the Festival, there will be a programme of events, talks, workshops and more to attend.

Please click the links below to find out more and reserve your place(s).

An introduction to the design process through a practical workshop. During the two hour workshop, participants will tap into their individual creativity to explore ways of visualising a space.

PlaceLabs editions take residence across London exploring topics on the art and experimentation in making places great. The next edition will share stories, predictions and musings on ‘Curiosity’.  A trait that drives creative people who always have their eyes and ears open for inspiration and influence.

In this talk, artist, Jason Bruges will reveal the processes and experiments behind his unique invention, Icosahedral Sky.

Interiors in Conversation with The Interior Design School

From Desk to City: A Discussion with Gensler Architects

Historically, cities like London and others around the world were primarily built around work and trade. But what is work in the 21st century?

Message from the Unseen World

A permanent Alan Turing inspired artwork by United Visual Artists and poet Nick Drake, this innovative artwork pays respectful homage to Alan Turing, the genius mathematician and war-time code breaker who also happens to be one of Paddington’s most celebrated figures.

London-based design engineering studio, Tangent, interweaves technology and design to create work that moves people, creating a dialogue to bridge the gap between fantasy and reality.  At this first major solo exhibition, Tangent showcases its full spectrum of lighting products and sculptures. This exhibition is sponsored by Lexus.

Bringing his signature vibrancy to Paddington Central the pontoon and deck chairs have been designed by Adam Nathaniel Furman, a Paddington born designer and artist of Argentine, Japanese and Israeli heritage.  Take a break and relax on the Pontoon by the canal.

Experience the positive impact of colour and light with British artist Liz West’s radiant site-specific sculpture, Colour Transfer.  A dazzling immersive environment that captures the essence of its surroundings, an inspires and energises those passing by.

This sculpture of planet Earth, 3.5 metres in diameter, is covered in 20,480 triangular tiles of recycled solar cells. The cells are a very complex distribution of blue shades – metaphorically appropriate to our planet. This work was originally commissioned by Hermès for their exhibition at SIHH 2019 held in Geneva.

Launched at last year’s festival, Snøhetta Book Pavilion comes alive in 2019 with a curated selection of publications by Phaidon and Wallpaper*.

Internationally renowned for producing innovative installations, interventions and ground-breaking works, Jason Bruges Studio were commissioned to create a media/light artwork that would enhance the quality of the lobby area and improve the visitor experience.

Bringing his signature vibrancy to Paddington Adam Nathaniel Furman has created a colourful, towering pyramid. Made of light materials and bright colours, it’s a vertical stepped tower of gigantic bunting, an ephemeral marker and local point of orientation that is a cheerful reference point for London Design Festival.

Recently opened Storey Club is an inspirational lounge and event space available for those based at Paddington Central.  Storey Club offers bespoke meeting rooms, private dining venues and impressive event and workshop spaces, surrounded by a distraction free work lounge that members can use when they need a new environment. It was designed by Gensler, a global architecture, design and planning firm in over 48 locations across Asia, Europe, Australia, the Middle East and the America’s.   Open 8am – 6pm, weekdays only.

Adam Nathaniel Furman is a London based designer and artist of Argentine, Japanese and Israeli heritage whose practice ranges from architecture and interiors, to sculpture, installation, writing and product design. Exploring the relationship between memory, imagination, history and communication, Adam’s work is best defined by his use of expressive shapes, colours and environments. Originally trained in Architecture and Fine Art, Adam’s work has been exhibited internationally and is held in the collections of the Design Museum, the Sir John Soane's Museum, the Carnegie Museum of Art and the Architectural Association. Adam was named one of the “1000 Most Influential Londoners of 2018” by Evening Standard and one of Icon Magazine’s “100 Talents of 2018-2019”, and has won awards including the UK Rome Prize for Architecture, and the Blueprint Award for Design Innovation.

Tangent was founded in 2015 in London. By interweaving technology with design at the most sophisticated level, they create unique work that moves people. 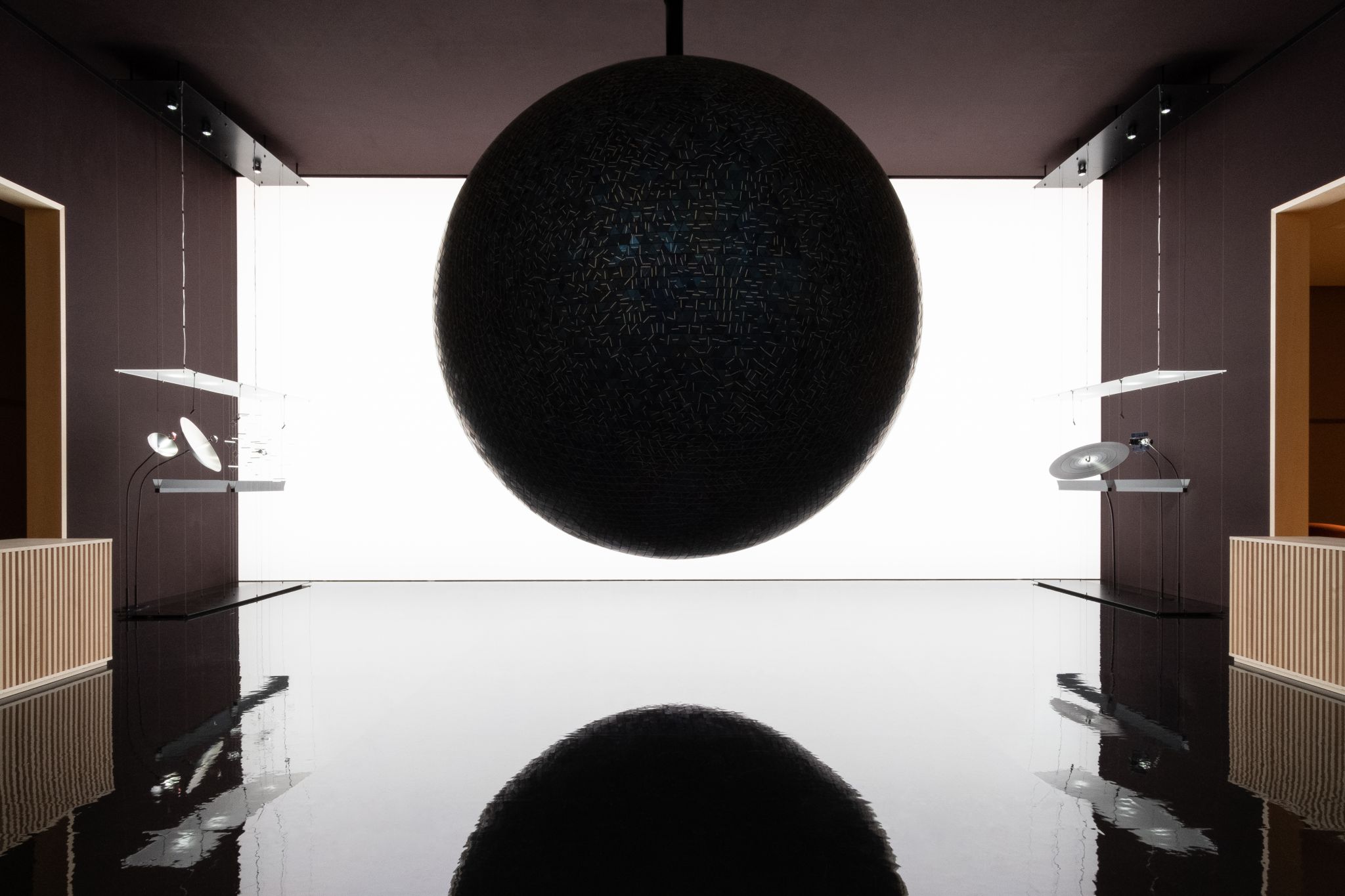 A tangent line touches a curve at one given point. Respecting such gentleness and subtleness, as well as the power of the point of contact, their work carefully and delicately tells a narrative which talks to people’s hearts. By creating a dialogue that bridges the gap between fantasy and reality within their work, they believe it enriches modern society and culture.

Hideki leads the team's creative activities, as well as its management, utilising his inter-disciplinary knowledge. He studied aero-astro engineering at the University of Tokyo, with a particular focus on artificial intelligence and human-computer interaction, and carried out PhD research at the Royal College of Art, with an interest in motion as an element of design. He was appointed as a visiting associate professor at Osaka University of Arts in Japan in 2018. 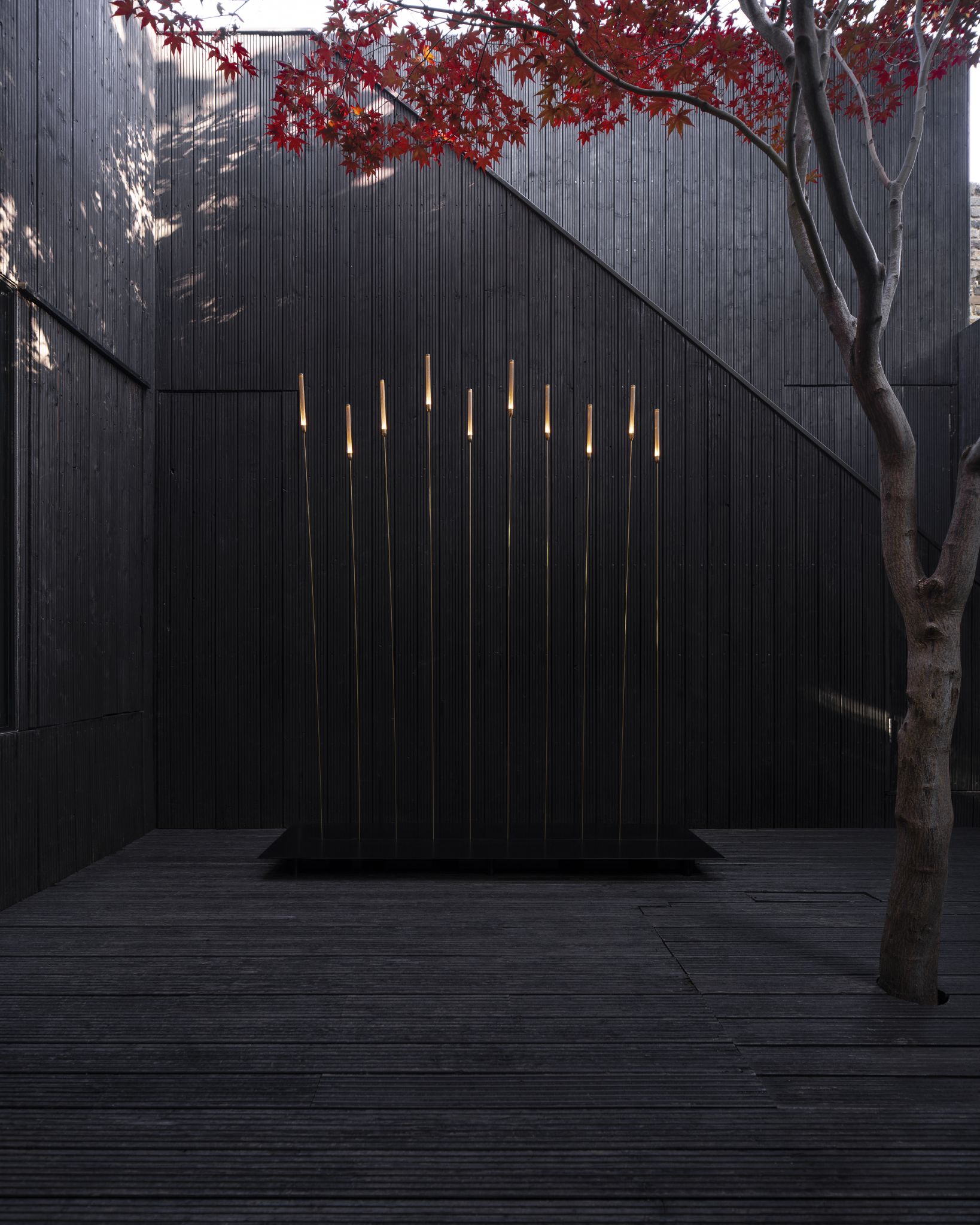 Jason Bruges is a multidisciplinary artist and designer based in London.  He is internationally renowned as a pioneer of the hybrid space between art, architecture and technology. His artworks are site-specific, ‘sculptural barometers’ that tap into the emotional tapestry of a community or place by translating live feedback into living, breathing, spatial interventions. 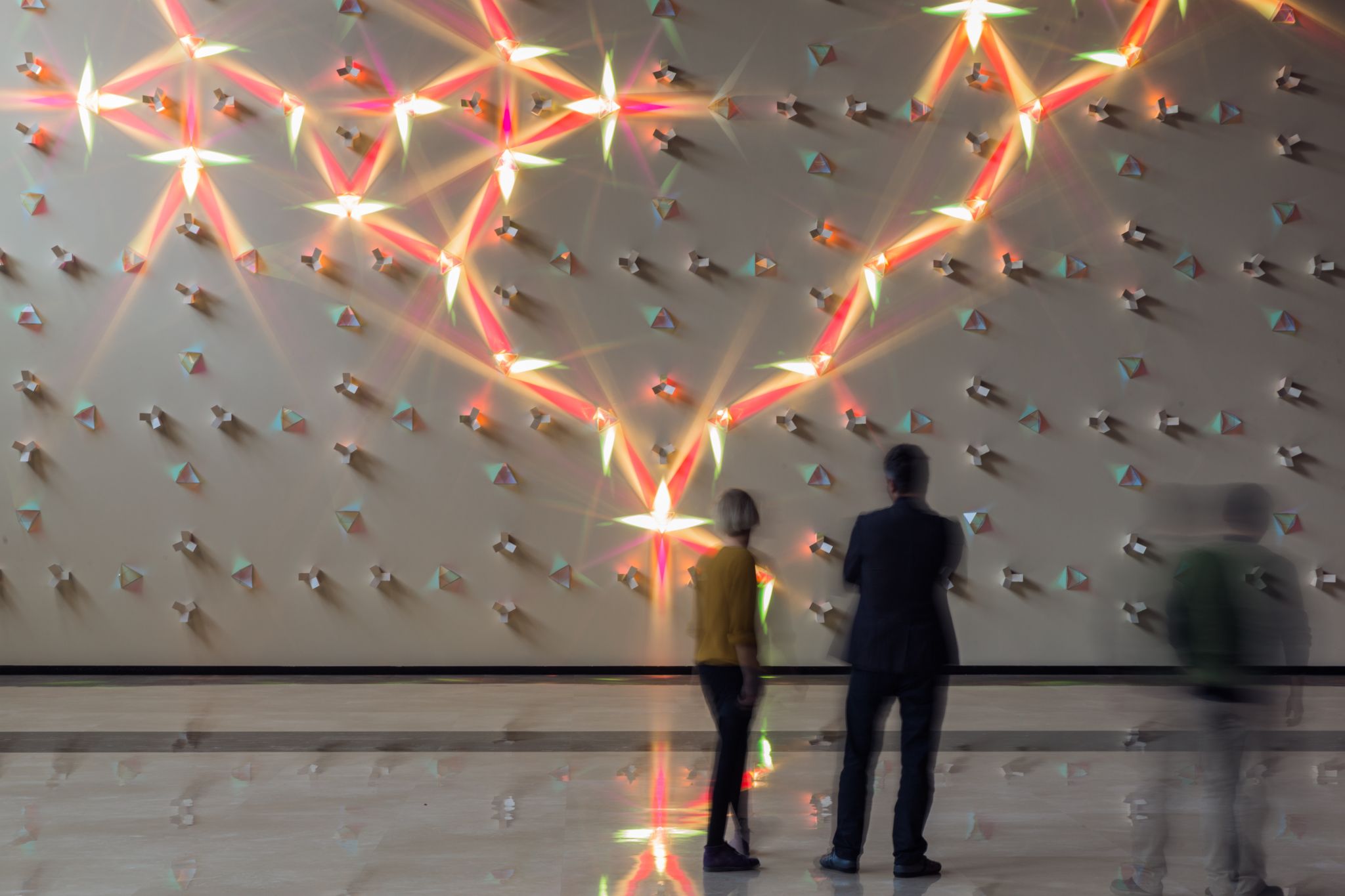 Jason Bruges Studio have partnered with many architects, engineers, museums and galleries having created one off spectacles for the Victoria & Albert Museum, Tate Modern and Tate Britain. They have recently finished a number of high profile projects including a series of biomimetic installations for the Natural History Museum and an epic urban-scale intervention for Hull 2017 in which industrial robots performed unique choreographies with light.

The experienced team work with cutting-edge technology and ideas to create unique, genre-bending artworks and installations. They have a long history of creating public interventions that bring buildings and landscapes to life through integrated designs that perform, animate and engage with audiences in multiple ways. 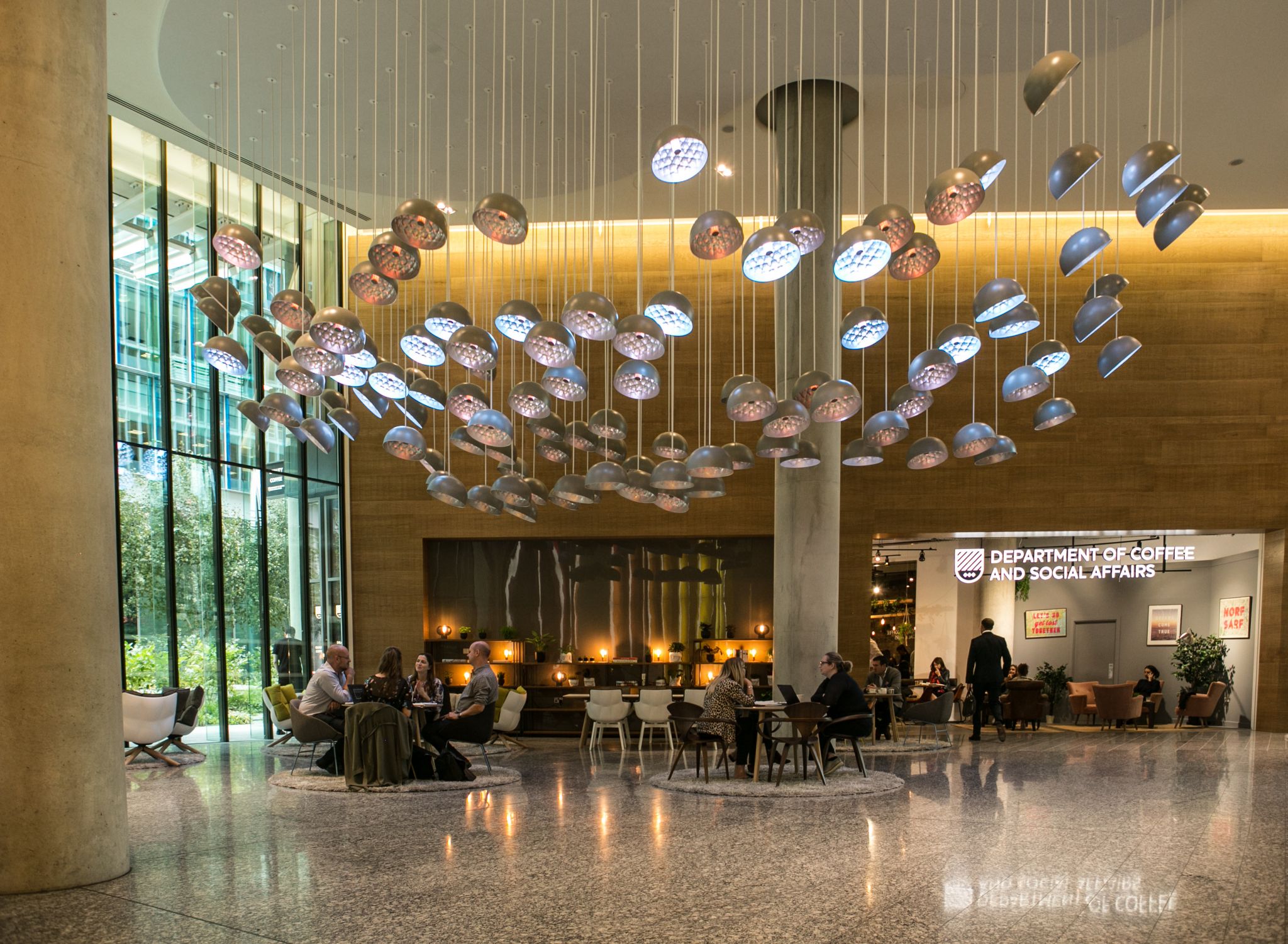 Gensler is a global architecture, design and planning firm with 48 locations and more than 6,000 professionals networked across Asia, Europe, Australia, the Middle East and the Americas. Founded in 1965 by Art Gensler, the firm serves more than 3,500 active clients in virtually every industry. Gensler designers strive to make the places people live, work and play more inspiring, more resilient and more impactful. Notable projects include designing the world’s second tallest building the Shanghai Tower and the European Headquarters of both Microsoft and Hyundai Capital. The firm has been named for the second consecutive year in Fast Company’s annual list of the World’s Most Innovative Companies in the Architecture category. www.gensler.com 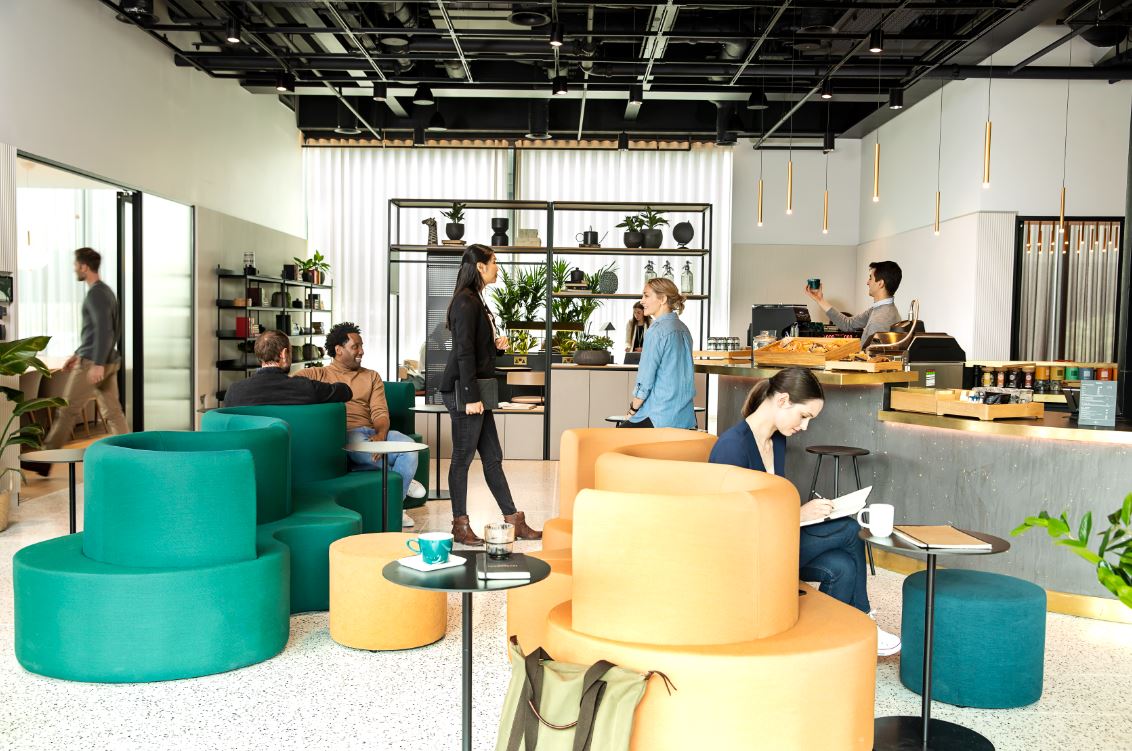 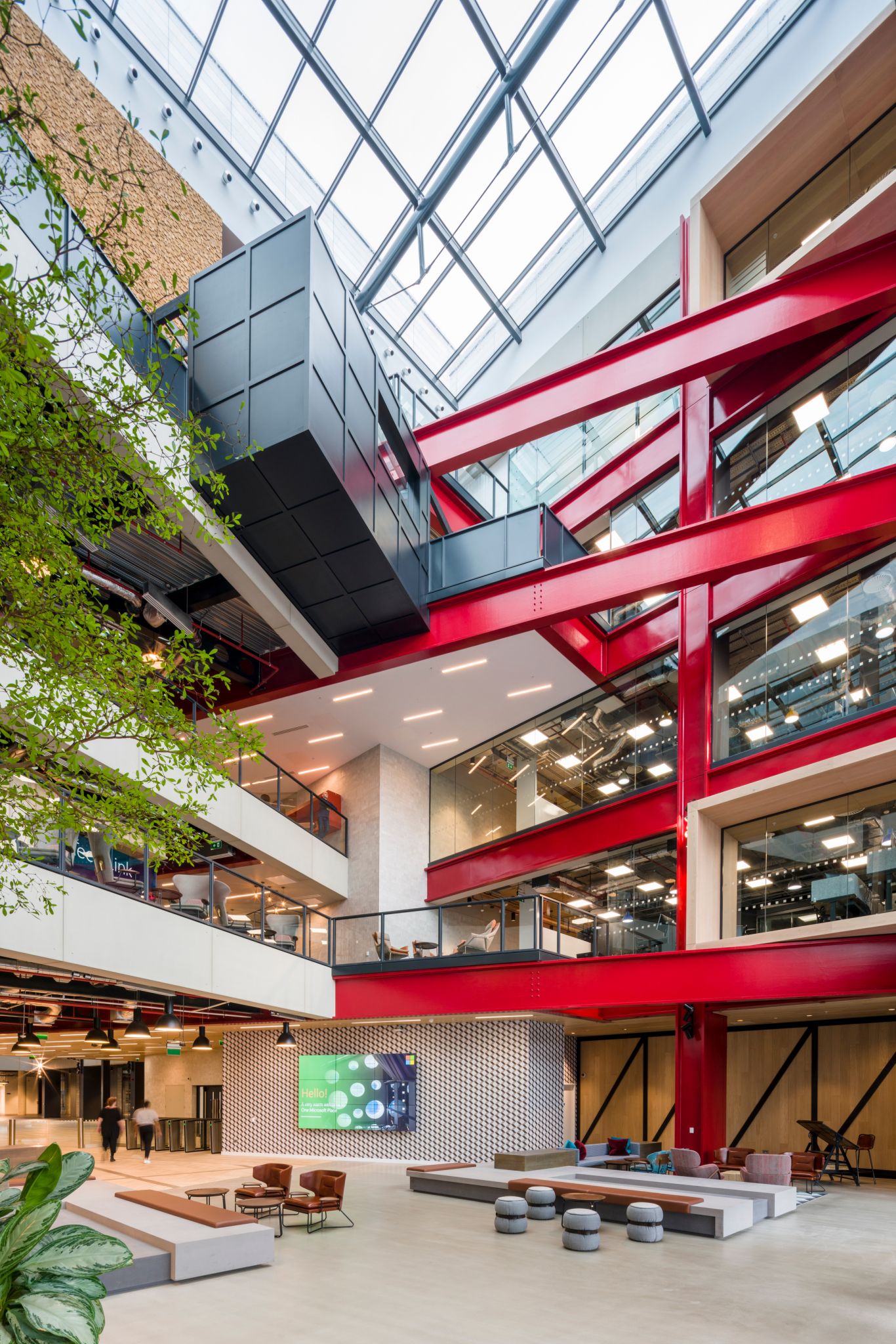