Whatever your #FitnessMotivation, running can increase your stamina, boost endorphins and strengthen muscles leaving both your head and body feeling energised and happy. So, to help your lunchtime/post-work workouts, here are three of our favourite routes starting out from Paddington Central.

To the boating lake and back (5k)
Whether you’re making your way through the Couch-to-5k app or just want to get out for a few gentle jogs on a lunchtime, the 5k route from Paddington Central to the boating lake in Regent’s Park is quick and easy. (Plus, you can get back again in time to pick up a protein plant chilli or super bowl from Tossed to help recover from your run.) 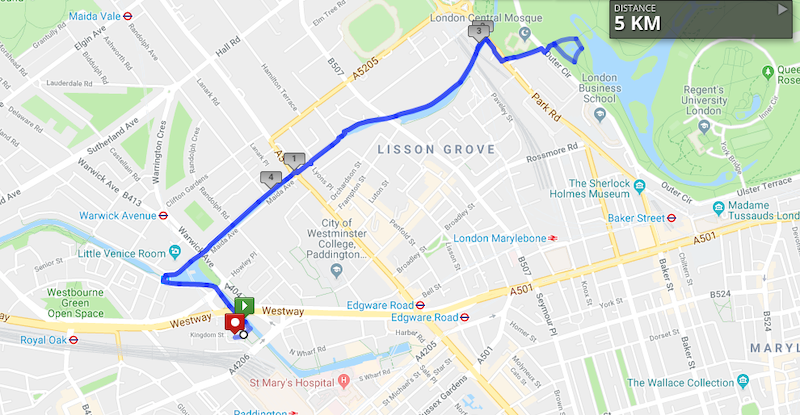 From Sheldon Square, follow the towpath up towards Little Venice; cross over the bridge and follow the canal north-east alongside Blomfield Road and Aberdeen Place for a taster of genteel London at its fined before heading up to Regent’s Park. Enter the park via Hanover Gate, reach the Boathouse Cafe and head back again.

Hyde Park and the Serpentine (10k)
For the speedy – or those with a little more time on their hands – this 10k route takes you from Sheldon Square down to Hyde Park – taking in some of the park’s main landmarks along the way – before returning you to Paddington Central for a well-earned smoothie at the Meal Ticket Café. 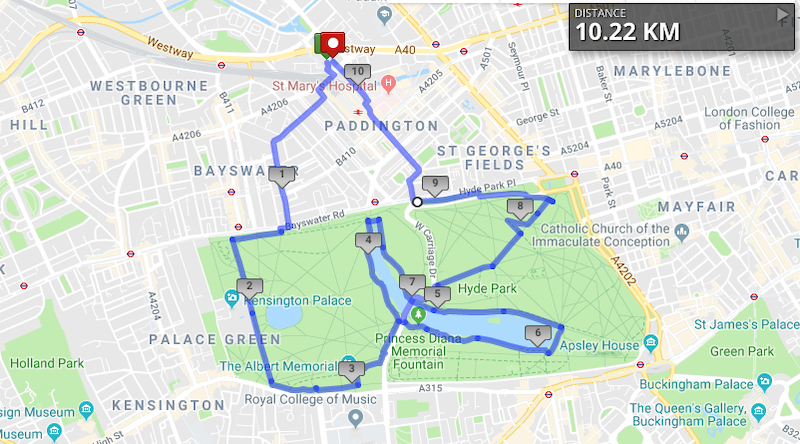 Head out from Sheldon Square down Bishop’s Bridge Road towards Hyde Park (via Cleveland Terrace and Leinster Gardens). Enter the park where Bayswater Road meets Porchester Terrace and head west towards the Diana Memorial Playground, where you can turn south, run past the glorious Kensington Palace towards the bottom of the park and then over to the Albert Memorial. Head up towards the Serpentine – do one lap – and make your way up towards Speakers’ Corner and back up to Sheldon Square.

Regent’s Canal to Limehouse (15k)
This route might be a bit much for the average lunchtime jogger (especially as it’s one way), but it’s a fantastic – and almost entirely traffic-free – journey through the heart of London en route home.

Starting at Paddington Central, follow the towpath up towards Regent’s Park. Enter the park and follow the path clockwise past London Zoo. Exit the park at St Mark’s Church and follow the canal towpath north towards Camden. At Camden, the canal starts to head south-east towards King’s Cross before winding its way further east to Angel. Keep following the towpath as you head through Shoreditch, Haggerston, past Broadway Market and on towards Victoria Park. Enter Victoria Park at the Canal Gate – go through the southern section of the park – around the boating lake and out via the Arcade Gate – and from there continue following the canal down to Mile End and Limehouse. Kudos on that run…